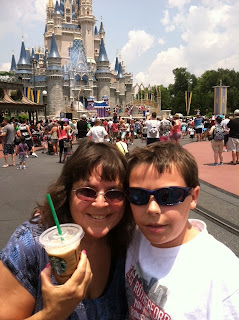 This was my first trip to Disney World since I've been gluten and dairy free.  I was quite nervous about what to do and what I would be able to eat.  I did not want to get sick and ruin my family's first vacation in awhile.  I was very excited to see that there is now a Starbucks in the Magic Kingdom.  Nothing like getting a soy frappaccino and hanging out in the Magic Kingdom with my husband and my son ... I was a happy girl!  I was disappointed that they had no gluten free options in the bakery.  I had read on blogs that they had brownies and things like that in the bakery. I did ask but was told that they did not have any gluten free items. I did find fruit everywhere at the park and found some rice chips around too.  That was nice to see.

We chose a hotel that I had read had gluten free options in the food court, which turned out to be a big help. Art of Animation's Landscape of  Flavors offers an omelet station and a waffle station.   As soon as you tell them you are gluten free they bring the chef over.  They were able to make me gluten free, dairy free waffles and a veggie egg white omelet, all of which were delicious. They have a lot of fresh fruit that you put on top of the waffles.  The waffles were so good!   We also chose this hotel because they had a small 3 room suite with a fridge and microwave, so that I would be able to make things if I needed to.
Below is our quick review of our hotel...

Here's a picture outside 1 of the rooms at the Art of Animation. 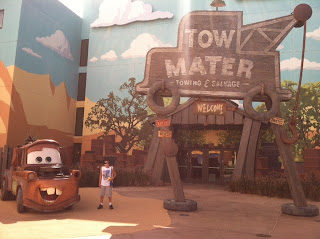 My son loved that the kitchen table turned into a bed!

I also brought along a lot of fruit, snacks and gluten free Larabars that I could use in a pinch when I was unable to find anything.  This also turned out to be a great way for me to feel less stressed every time we went to a new park.  We did 7 parks in 6 days, plus Downtown Disney.  I can honestly say, we must have been crazy!  It was way too much and I do not recommend it.  We also chose to eat mostly in the parks, rather than in restaurants.  We ate breakfast in our hotel and then I would pick up some hummus and chips from the hotel vending cart and have that for lunch with some fruit.  The hummus chips which GMO free but the hummus is not, unfortunately, but it was my best option. 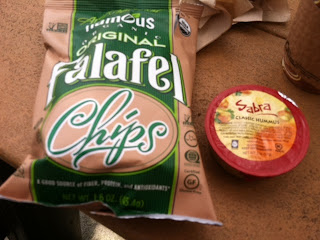 That actually worked out great.  For dinner, I ate at the parks and many of the places offer a gluten free bun.  I am not a big meat eater, so I found this difficult for me.  But if you like burgers, chicken burgers and chicken fingers, then you will find that most of the vendors in Disney World, MGM and even Epcot and Universal have gluten free buns, gluten free chicken fingers and even offer a cookie and a brownie.  Since I don't eat food like that often, that did not work that well for me.  Let's just say, I ate a lot of fruit.  At most places when you tell them you are gluten free, they automatically bring out a chef and he will then show you exactly what you can have and show you the ingredients in it.   I loved that because it really made me feel secure that I would not have any problem with the food they prepared.

The best thing I found was Rice Dream ice cream at Plaza Ice Cream Parlor on Main Street.  The peanut butter sauce was also dairy and gluten free and it was such a treat! 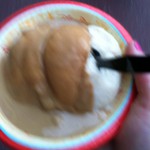 My favorite place I found to eat was Pizza Planet in Hollywood Studios.  They made me a gluten free, dairy free pizza with a salad and it was pretty good!  This was the only place that asked me if I was Celiac or gluten intolerant.  I was not sure why they were asking though.  It did take a lot longer, but it was worth it. 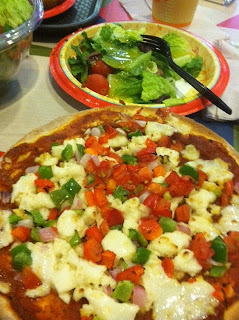 We also went to Lego Land and I did not see too many gluten free options.  I did find some grapes and some dried fruit and luckily I had brought my chips and hummus, so it worked out fine.   Here's some snacks I found a LEGOLAND.  There may have been more options, but I did not ask and just ate the snacks that I had
. 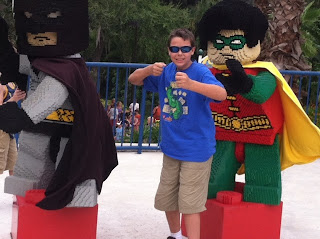 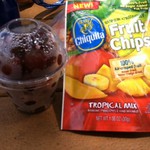 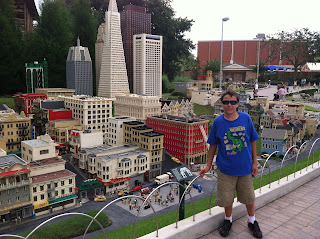 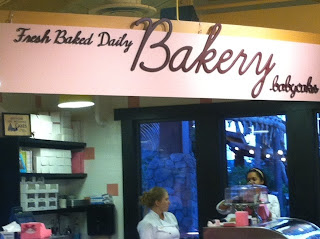 We also went to Hollywood Studios and I found a burger place that had gluten free rolls.  This was the only burger and fries I had while there and the name of the place was Krusty Burgers.  It was very tasty! 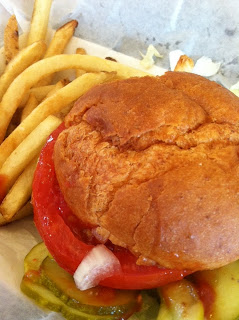 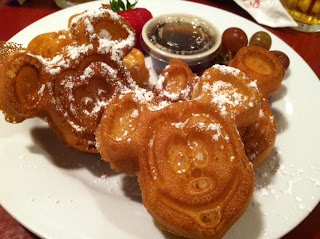 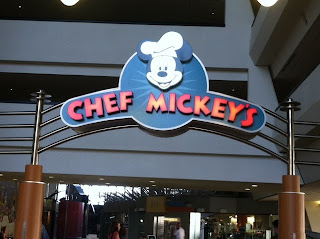 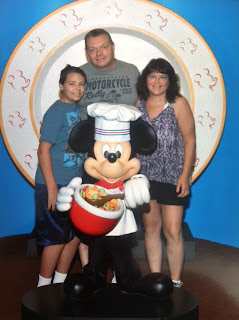 Epcot also had a few gluten free options.  I had the Chicken Shawarma Platter from Tangierine Cafe in Morocco at Epcot.  This was one of my favorites.  Lentil salad, hummus, chicken and gluten free roll. 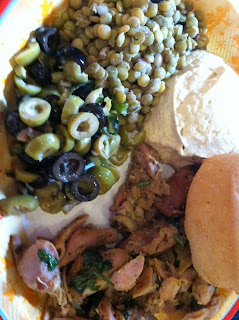 Animal Kingdom was the easiest place to navigate because they have an allergy kiosk.  They give you a list of the places with gluten free items and sell several items such as hummus and veggies, rice chips, Babycakes cookies and brownies. 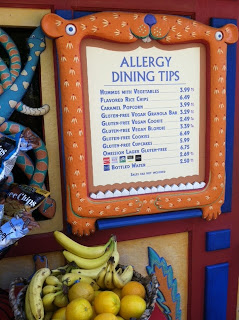 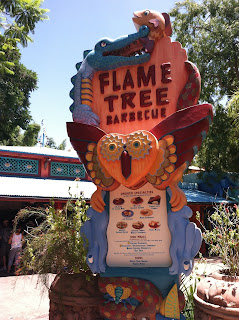 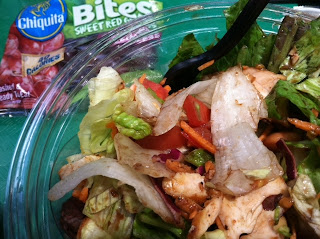 You will also find Tofutti and Rice Dream ice cream at Animal Kingdom in Dino-Bite Snacks outdoor booth.  I had the chocolate Tofutti which was really good too! 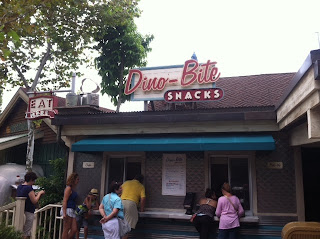 The best suggestion I have is to go right to guest relations as soon as you arrive at each park to see if they can guide you where to go to eat.  I did not do that and I think that would have made it a lot easier for me.  They also do not have signs anywhere telling you they have gluten free options.  You have to ask.  That is just so hard for me because here in New Jersey, a lot of people look at me as if I have 2 heads when I ask if they have a gluten free menu, so I have learned to research before I go anywhere.  This is not always easy to do at Disney and I also found some information I got off some blogs that was not accurate.  Also, bring lots of snacks with you so that you have something to rely on if you are unable to find anything.  If you are going to eat in the parks at the small places, be prepared to eat the same things, burgers, hot dogs and chicken fingers.  Next time, I will definitely try more restaurants so that I have more options.  I was very overwhelmed and had a hard time, but it's definitely manageable if you prepare ahead of time.
Download the gluten free app on your phone because that app got me to a lot of places that I may have passed by.
Contact special diets at Disney and fill out their form with your dietary restrictions several weeks before you arrive ..
SpecialDiets@DisneyWorld.com or 407-WDW-DINE
Be sure to notify them when making reservations anywhere that you are gluten free.

Here are some helpful links to some blogs ....

You can also post questions on the facebook page listed above and see a bunch of different reviews that are posted daily of different restaurants.  It's the best place to start.


Posted by Carrieskiddiecloset at 1:44 PM No comments: